Next to the club, Lehtse Peat Plant Primary School also operated in building no. 9 for one academic year. Schoolwork began on 1 September 1948 and ended with the closure of the school in the spring of 1949. Children in grades 1-3 whose parents lived or worked in and around the peat plant studied at the school. The head of the school and its only teacher was Elvi Pahk, who had previously been a teacher at Lehtse’s seven-grade school. There were three rows of benches in the classroom, one for each grade. The school had difficulties acquiring teaching materials. An inventory of furniture and equipment also revealed that as at 1 January 1949, all the school had was one fire iron and a shovel. It is unknown whether wisdom was beaten into the heads of the students with the fire iron, but it was certainly a much-needed object – even Toots could not do without it during his time at school. 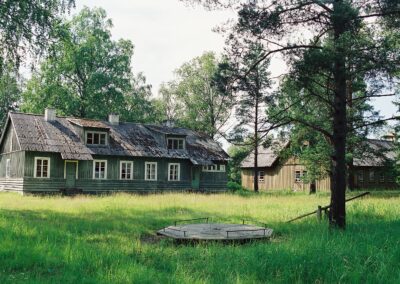