An observation tower was originally planned for the highest point in Rabasaare, known as Hindrekumäe Hill, but was never completed. A circular square surrounded by benches stood on the highest hill in Rabasaare, to which footpaths headed from every cardinal point. This is considered the most energetically powerful place in the area. Today, traveller recharging rituals and encounters with extraterrestrial civilisations take place here in order to draw strength and energy with which to cope with everyday life going forward. Sit here for a moment, recall your youth and don’t think about tomorrow for even a moment. 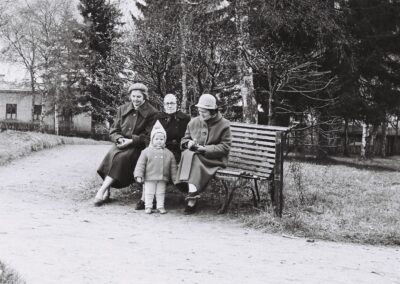