The management and administration of Lehtse Peat Plant as a whole had been via the head office since the earliest days of the company. The office building has borne the number 1 from the outset and was finally completed by June 1937. As it was a stone building offering considerably better conditions than its timber counterparts, other departments of the plant used the free space in it. At different times, the southern wing of the building also hosted a clinic and a kindergarten.

Another milestone in the establishment of the site was its combined power plant and workshop, construction of which commenced in October 1936. The power plant was planned only to power the peat machines. The workshop building was reconstructed and added to in 1958. 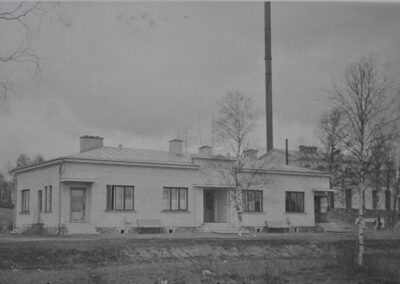